Denmark-based Abzu®, creator of a revolutionary high-performing, transparent, and explainable AI, has announced a 5.8 million euro seed round led by Seed Capital, Inventure, and PreSeed Ventures. Other notable participants in the round are existing investor Vaekstfonden and angel investors. The round follows Abzu’s increased traction with several of the world’s largest pharmaceutical companies. 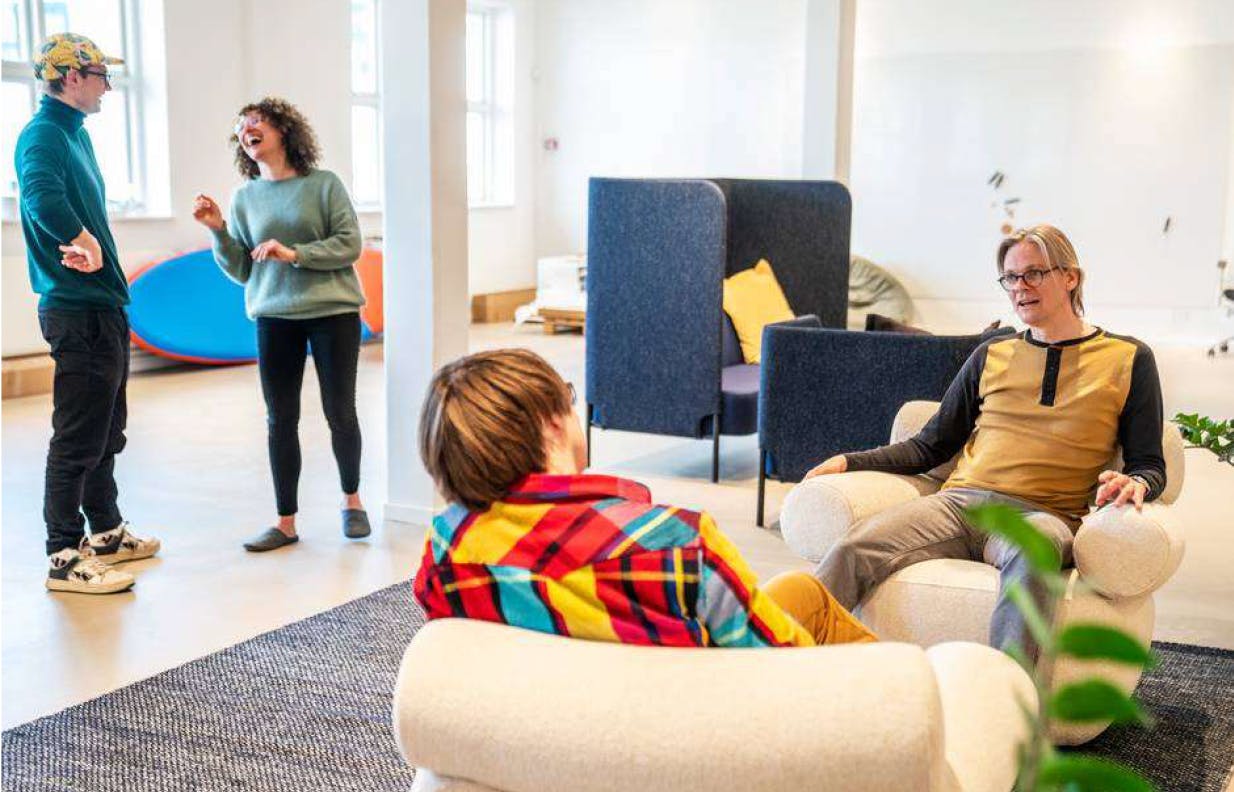 Introducing: A new standard of interpretability in AI

Abzu’s pioneering technology, the QLattice®, introduces a new standard of interpretability to artificial intelligence, a domain that has lacked the crucial elements of transparency and explainability required to realize its full potential – until now.

“Incumbent AI platforms still struggle with interpretability,” says Casper Wilstrup, CEO of Abzu. “This is an enormous problem when you depend on understanding ‘the why’ behind ‘the what’ in decision making. Why can’t this drug target the genes causing my cancer? Why was I denied this credit line? If you can’t understand why something happened, then you really don’t know anything at all.”

This inability to account for ‘the why’ in data-driven decision making is the common shortcoming shared by current AI solutions. “There is no algorithmic accountability with Big Tech’s black box AI. Black box AI is unimaginative and biased because it reflects our own limitations and prejudices. And we’ll never be able to see how those defects contribute to an outcome because the AI architecture is opaque,” says Casper.

“Abzu will make transparent and explainable artificial intelligence accessible to everyone and inspire data scientists to be more scientific,” asserts Casper. And so begins another chapter in a longstanding tradition of Denmark punching way above its weight in technical innovation.

“We’re inspired by quantum mechanics, specifically physicist Richard Feynman’s path integrals,” says Casper, “but you don’t have to have a PhD in physics to understand the path of least resistance.”

The QLattice is essentially a simulator that maps all possible paths, or relationships, within the data in your dataset. Abzu’s patent-pending algorithm then finds the simplest and most accurate mathematical solution to your problem, whether that’s revealing a causal relationship or predicting the next event, with clear justifications as to why.

“In drug discovery, there is a gap between hypothesis-driven research and traditional machine learning techniques. Abzu’s technology has the potential to fill that gap and empower scientists and decision makers with simple and interpretable models,” says Anders Gersel Pedersen, Former VP R&D Lundbeck and board member at Genmab, Bavarian Nordic, Hansa Medical, and Avillion.

Several of the world’s largest pharmaceutical companies are already working with Abzu’s QLattice, and the results are extremely promising.

Just 3 months into a collaboration with an undisclosed blue chip pharmaceutical company, their digital drug discovery lab improved their selection hit rate significantly. Understanding ‘the why’ behind compound quality – which was previously hidden obscured in black box predictions - improved the efficiency of this company’s drug discovery funnel by 20%, representing a value of billions of dollars.

The QLattice has also helped scientists quickly interpret and explain the relationships between treatments and their effects in clinical studies, ultimately helping to pave the way for personalized drugs.

“While tools do exist to estimate feature importance, weight, and interactions, I don’t see any other method being as supportive as the QLattice in building stories about trends in data, especially linking insights from data to biology. Abzu is unique. In explaining ‘the why’ behind results, the QLattice is leaps ahead any other tool I’ve worked with or heard of in the last 17 years that I’ve worked with machine learning,” says the Head of Bioinformatics at ALK.

Funding: Standing on the shoulders of giants

Prior to this record-breaking seed round in Denmark of 5.8 million euro, Abzu has raised a total of 2.9 million euro. Abzu plans to accelerate commercialization within pharmaceutical drug discovery and mature its AI platform for application in other industry verticals.

“We really like the founding team, and we’ve been impressed by their ability to balance deep tech product development with commercial proof at all stages. We believe their proprietary technology has global breakthrough potential, and the commercial opportunities are staggering,” says Niels Vejrup Carlsen, General Partner at Seed Capital.

“When Inventure made the initial investment in 2019, we were already impressed by the team and the technology. Abzu’s commercial traction in the pharmaceutical industry should put them on everybody’s radar as one of the most interesting deep tech companies coming out of the Nordics, perhaps even Europe. Artificial intelligence should be transparent and explainable, and we believe Abzu will be the company to make that a reality on a global scale,” says Timo Tirkkonen, Partner and Co-founder at Inventure.

”Abzu has developed a groundbreaking machine learning technology that can explain its reasoning. The scientific, ethical, and commercial value of being able to open up the black box of how existing machine learning algorithms reach results or decisions will be immense. It’s rare to see people who can make such significant contributions to the field of explainable AI, and it made it an obvious choice for us to be part of the journey,” says Richard Breiter, General Partner at PreSeed Ventures.

“At Vaekstfonden, we want to drive innovation, new technologies, and build the companies of the future. Abzu’s technology has the potential to define a whole new category of AI – a product of the future – and together with strong competencies and skills, we believe Abzu has the potential of becoming a global player within their field of expertise. We are very pleased to support Abzu on their journey,” says Jesper Hart-Hansen, Investment Manager at Vaekstfonden.

Abzu was born from the desire to challenge the fundamental assumptions of contemporary, black box AI. Abzu’s pioneering artificial intelligence, the QLattice®, accelerates analysis and insights through transparent and explainable models. Founded in January 2018, Abzu has offices in Copenhagen, Denmark and Barcelona, Spain. For more information, visit: www.abzu.ai.

Seed Capital is the most successful seed stage tech investor in Denmark. With more than 20 years of experience and a strong track record in funding companies from seed stage to Series A, Seed has helped many of Denmark’s best tech startups grow to commercial success. Seed focuses on outstanding entrepreneurs in Denmark with innovative technology-based companies with global potential. Among the companies Seed has funded are Trustpilot, Vivino, Templafy, Lunar, Dixa, Veo, Forecast, Mofibo and Endomondo. For more information, visit: www.seedcapital.dk.

Inventure is one of the most experienced Nordic venture funds that specializes in helping its portfolio companies with talent and expansion. Since 2005, the team has been in venture with over 70 companies ranging from deep tech to consumer internet brands, including Wolt, Detectify, Blueprint Genetics, and Swappie. For more information, visit: www.inventure.vc.

For more than two decades PreSeed Ventures have scouted, mentored and funded Danish success stories like Vivino, Trustpilot and Lunar. They have ventured into the future alongside more than 400 founders ranging from the brilliant to the slightly mad and supported their personal, collective and professional growth. It is fair to say PreSeed Ventures is among the most notable early stage investor in the Danish tech community, which today is thriving more than ever. For more information, visit: www.preseedventures.dk.

Vaeksfonden is the Danish state’s investment fund. Working in close collaboration with banks and domestic and international investors, Vaekstfonden discovers and develops the companies that Denmark cannot afford to miss out on. The power of innovation, yield to society, and responsibility are the three signposts that guide Vaekstfonden in finding and choosing new projects. Since 1992, Vaekstfonden has contributed more than DKK 33,8 billion to help develop and grow more than 9.200 companies. For more information, visit: www.vf.dk.